Restraint of Trade and Unlawful Competition 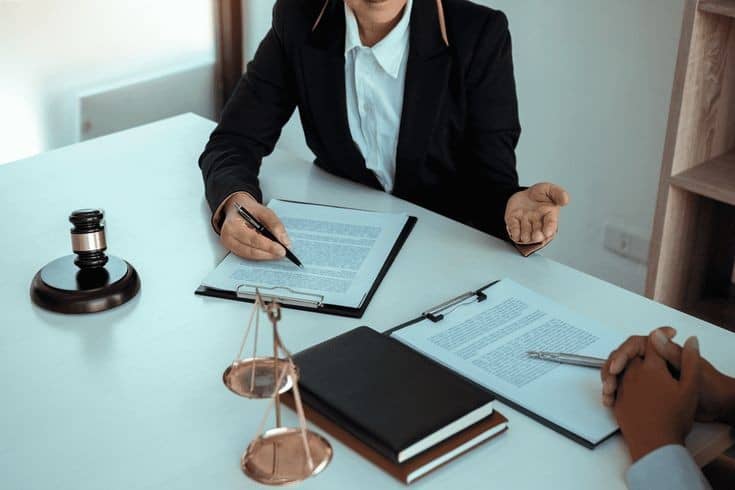 The Constitution of Zimbabwe provides for the right of every citizen to choose their trade, occupation or profession freely. However, this right maybe restrained through restraint of trade covenants. These are enforceable/valid and every restraint of trade agreement signed by an employee is assumed to be lawful and the onus lies on the employee, if he or she wishes to be released from the restraint, to show that the restraint is unreasonable and contrary to public policy. This article discusses reasonableness of a restraint of trade as well as three forms of unlawful competition; passing off, leaning on and unfair use of the employer’s fruits and labour.

In simple terms restraint of trade is a legal contract between an employer and employee, that prevents the employee from engaging in a similar business within a specified geographical area and within a specified period. It intends to protect the employer’s trade secrets or proprietary information but is enforceable only if it is reasonable with reference to the party against whom it is made and if it is not contrary to public policy.

The founding principles of all labour laws in Zimbabwe, are found in the Constitution. Section 58 of the Constitution affords each Zimbabwean citizen the right to freedom of association and s64, the right to choose their trade, occupation, or profession freely. In terms of s65, every Zimbabwean citizen has the right to fair labour practices. The Competition Act (Chapter 14:28) does not provide a clear definition of unlawful competition but proposes to prohibit same through its purpose.

The test to determine the reasonableness of a restraint of trade agreement was set out in Basson v Chilwan and Others 1993 (2) SA 742 (A) and requires that the following must be assessed:

Other factors that are considered by courts in determining the reasonableness of a restraint include, inter alia,

The court in determining the reasonableness of a restraint of trade, weighs up two conflicting principals, public policy considerations, particularly that public interest requires that parties should comply with their contractual obligations (i.e. pacta sunt servanda) as opposed to the consideration that everyone should, in the interests of the social order, be at liberty to participate in economic activity and to pursue a source of revenue.

Therefore, an employer’s intention to restrict an employee’s trading activities must be clear and unambiguous, as such the agreement must be voluntary, with an understanding of the repercussions that will exist should the contract be breached. Most importantly the ambit, area and period of the restraint must be reasonable, justifiable and cannot be against public policy.

Restraints of trade are considered reasonable when they restrain an employee from working for a competitor in the same or similar industry as the current employer. Further, where the employer conducts its business, it is deemed reasonable to prevent the employee from working with a ‘like’ company/competitor in the same geographical area. Lastly, if the employee is paid during the period of restraint, then a year restraint of trade will not be seen as unreasonable.

In deciding on the validity of a restraint the courts must balance the competing interests of the employee’s freedom to earn a living with the employer’s right to protect its proprietary interest. For a restraint to be unenforceable a party must clearly show that the effect of the contract was to cause the sterilization of services without any justification for the protection of the employer’s business interests.

In the absence of any restraint covenant/contract/agreement any claim against an ex-employee must be based on unlawful competition. In order to succeed, the employer must establish all the requisites of Aquilian liability, including proof that the employee has committed a wrongful act.

The case of Mullane and Another v Smith and Others (2014/28264) [2015] ZAGPJHC 66; [2015] 3 All SA 230 (GJ) (20 April 2015) (“the Mullane case”) provided that unlawful competition is not limited to any specific kind of unlawful action and is not covered by any legislation. The law of unlawful competition falls within the scope of the common law principles of delict, specifically the Aquilian action. According to Boberg P.Q.R, “The Law of Delict Aquilian Liability (1984)” read together with the Mullane case, before any person can be held liable in terms of the Aquilian action, the following four requirements must be present:

In the case of Schultz v Butt 1986(3) SA 667 (A) (“the Schultz case”), it was stated that unlawful competition requires a wrongful interference with another person’s rights as a trader. The wrongful interference can occur when a trader engages in any excluded practices in terms of the Competition Act which include passing off, leaning on and unfair use of the employer’s fruits and labour.

Passing-off is a form of wrongful competition and occurs when a party deliberately or unintentionally offers its goods or services in a way that deceives the customer into believing they are buying the goods or services of another party. It is unlawful because it results, or at any rate is calculated to result, in the improper filching of another’s trade and an improper infringement of his goodwill and/or because it may cause injury to the other’s reputation.

The common law recognizes the right of a party to bring a claim based on unlawful competition or passing of. For one to succeed in a claim for passing off at common law, they must establish elements of; misrepresentation, damage and goodwill.

Leaning on is where an entity relies on the reputation or goodwill of another entity for its own financial gain. It also involves the dilution of the advertising value of a symbol in relation to the repute of an entity, goods or services associated with such a symbol. In order to advertise its products, and in the process promoting and expanding its own business, an entity may choose to abuse the advertising trademark of another entity and such conduct is unlawful.

Unfair use of applicant’s fruits and labour.

In the American case of American Safety Table Co Inc v. Schreiber, it was held as follows:

“…(At) first glance it might seem intolerable that one manufacturer should be allowed to sponge on another by pirating the product of years of invention and development without licence or recompense and reap the fruits sown by another. Morally and ethically such practices strike a discordant note. It cuts across the grain of justice to permit an intruder to profit not only by the efforts of another but at his expense as well.”

In the American Safety Table Co Inc v Schreider case, the court went on to say:

“For imitation is the life blood of competition. It is the unimpeded availability of substantially equivalent units that permits the normal operation of supply and demand to yield the fair price society must pay for a given commodity. Unless such duplication is permitted, competition may be unduly curtailed with the possible resultant development of undesirable monopolistic conditions.”

According to the case above, some level of imitation of products is necessary to create competition and ensure consumers get fair prices. However, where a claim is made in this respect, the court will assess whether such imitation is fair, reasonable and does not amount to passing off or unlawful competition.

Entrepreneurs and Restraint of Trade Clauses

Of importance to restraint of trade clauses in instances of entrepreneurial endeavours, is the concept of trade connections. In the matter between Rawlins and Another v Caravantruck (Pty) Ltd [1993] 1 All SA 389 (A), the Appellate Division held that an employee could be found liable for damages in a claim based on unlawful competition, if the employee used the trade connections of their previous employer in an improper manner, to advance their own agenda. For example, where an entrepreneur approaches the clients of a previous employer, prior to establishment of their own company and/or leaving the employ of their employer, the court might infer that the entrepreneur improperly used the trade connections, which include its customers, to further their own business interests.

Based on the provisions of the Constitution and previous judgments, an entrepreneur’s previous employer will not be able to restrain them from continuing with starting their own company, if the business is carefully considered not to be in violation of the principles set out in the judgments above. In essence, if the entrepreneur does not make improper use of the information gained from previous employment, whether as a springboard or otherwise, to obtain an unfair advantage for themselves; and the previous employer does not suffer damage as a result of such use (therefore, the use is not improper), an employer will have difficulty to enforce the restraint of trade. A restraint of trade should, therefore, not be used to prevent the entrepreneur from entering into the economic trade again, but rather to proportionally protect the interests of the previous employer against improper use and abuse by the ex-employee.

Involved in a restraint of trade dispute? At JPLP we have a qualified team of lawyers ready to assist you. Send us an email on admin@jplp.co.zw.